Minimizing soil disturbance and preserving the organic residue are the cornerstones of no-till and reduced-till farming — that’s why farmers work to limit field traffic whenever possible. Even one pass across the field with today’s heavier tractors and central-fill planters can cause significant soil disturbance and compaction. But with the right tire configuration, you can prevent soil compaction, or at least significantly reduce it. Here’s how.

Estimates show that up to 80% of total soil compaction is caused by the tractor (source). Pinch row compaction is the result of running standard dual tires, which disturb the vital residue that no-till farmers are consistently working to preserve. Not to mention they’re running the narrow tires on the next year’s row. The pinch row effect from narrow duals has shown a negative impact on yields through stunted crops, restricted root development, reduced moisture flow to seedlings and poor seed germination.

If you’re not running in row crops post emergence, there’s no reason to run narrow duals. By switching to tires using low sidewall (LSW) technology, you can significantly increase the tire footprint while reducing ground-bearing pressure.

Working with agronomists at Wheat Tech Agronomy, Titan conducted a field study on two identical test plots planting corn in Sikeston, Missouri — one planted with a tractor running a narrow dual tire configuration, the other planted with Goodyear Super Single LSW tires. Results showed that the test plot with the Super Single tires yielded five more bushels per acre compared to the duals. An additional five bushels per acre at $5.54 per bushel on 1,500 acres could add an extra $41,550 in annual profit by running Goodyear Super Single tires.

As demonstrated below, the effect of pinch row compaction from narrow duals is only compounded over time and with each pass across the field.

Here again tire configuration can make a difference. While bias tires have been the traditional choice for most planters and implements due to their lower cost, radial tires offer significant reductions to inflation pressures resulting in reduced ground-bearing pressure and reduced soil compaction. For example, 12.5L15 bias tires would typically run at approximately 90 psi, whereas a comparable 230/75R15 radial would run at approximately 56 psi. 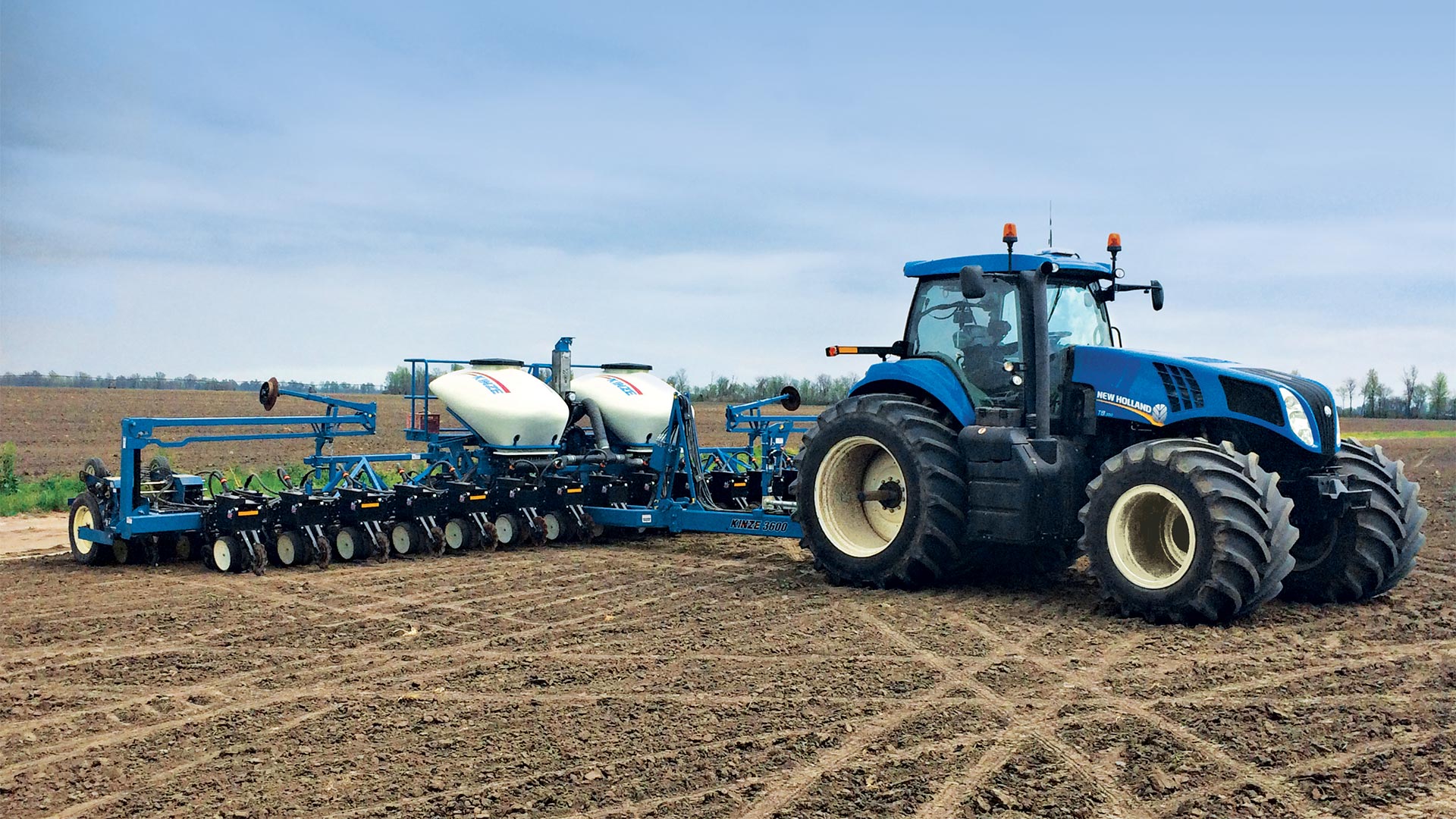